Latest News
Home /Did we need another Armstrong documentary? 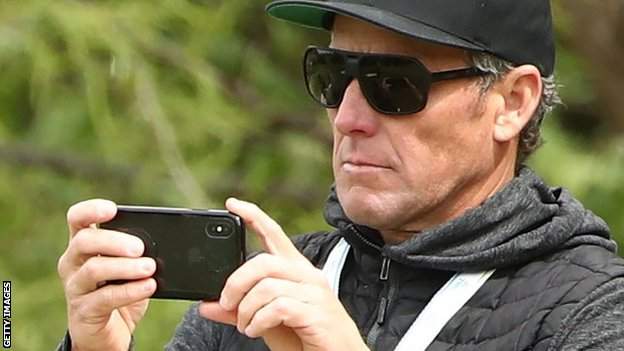 “It takes those days and hearing those things to learn and be like: ‘OK, what you thought was bad, was way worse.'”

As the excitement from The Last Dance – the series documenting NBA star Michael Jordan and the Chicago Bulls – settles, ESPN attempted to capitalise on its success by reflecting on a very different sporting ‘icon’: Lance Armstrong.

Despite there being two documentaries depicting the scandal already, from 2013 and 2014, and a dramatised version, The Program, ‘Lance’ aimed to offer a full picture of the rise and fall of the man who won seven Tour de France titles between 1999 and 2005 – but, following years of denial, lost them all after it was eventually proven he had doped.

The two-part series featured in-depth interviews with Armstrong, eight years after he was stripped of his titles in one of sport’s biggest and ugliest scandals.

Why was another documentary necessary? Who can help but be curious as to how time – the fabled healer – has affected Armstrong…

Why are we still talking about Armstrong?

Armstrong’s life story can be split into quarters. There’s the 15-year-old naturally gifted and fiercely determined triathlete who captured national attention when he rivalled the world’s best during the late 1980s.

Then there’s the 25-year-old cyclist who was diagnosed with advanced testicular cancer in 1996 and given a slim chance of survival. After two operations and chemotherapy treatment, he recovered and in 1997 founded the cancer charity Livestrong.

Livestrong is said to have increased awareness and improved the experience for cancer sufferers in the United States, and positively affected the lives of vast numbers of people around the world.

In the documentary, we heard from one former sufferer, who summarised: “I truly believe if you were diagnosed with cancer today your experience is better than it was pre-Lance and pre-Livestrong. Irrefutably better.”

Post-recovery, there comes the desire to achieve his life’s ambition of winning the Tour de France, but with that comes complications in a sport which, at the time, was riddled with performance-enhancing drugs (PEDs).

As Armstrong’s former US Postal team-mate Tyler Hamilton put it: “It was either join the club, or go home, finish school and go and get a real job.” Spoiler: Armstrong didn’t go home.

And finally, there’s the 48-year-old Armstrong, whose pockets are significantly lighter after he was forced to pay millions of dollars in damages and settlements in a series of lawsuits. Despite his financial losses, his Colorado mansion formed the backdrop to much of the documentary.

Overall, time does seem to have helped Armstrong to realise the moments when he was, as another ex-team-mate put it, “fundamentally evil”.

There was the infamous ‘zipped lips’ moment when Filippo Simeoni broke away from the peloton during stage 18 of the 2004 Tour de France. Armstrong followed him, berating the Italian about testifying against Armstrong’s controversial performance doctor Michele Ferrari. He then turned to a TV camera, still riding his bike, and made the gesture which has since become a popular gif.

Simeoni later revealed the extent of Armstrong’s threats: “I have time, I have money and I can destroy you whenever I want.”

Armstrong says the exchange is up there with the way he treated Emma O’Reilly (he called the former US Postal team soigneur a “whore” under sworn testimony) as the worst thing he’s ever done. Nine years after the exchange, he visited Simeoni to apologise.

In 2012, the United States Anti-Doping Agency released a 1,000-page report into systematic doping which included sworn testimony from 26 people, including 15 riders with knowledge of Armstrong and the US Postal Service team which dominated the Tour de France from 1999-2005.

Usada called it “the most sophisticated, professionalised and successful doping programme that sport has ever seen”. As a result, Armstrong was stripped of his seven Tour de France titles and banned from cycling for life.

Armstrong may have apologised for much of his behaviour during the years when he vehemently denied accusations against him, but those apologies do not extend to Floyd Landis – his former team-mate who triggered the investigation that eventually brought Armstrong’s downfall.

Armstrong says of his own situation: “It could be worse. I could be Floyd Landis.”

While his former team-mates appear awkward when questioned about their use of PEDs during the course of the documentary, Armstrong answers unflinchingly.

But watching him discuss the subject of doping in relation to his son is a little… uncomfortable.

Luke Armstrong, a Rice University American football player, is introduced. Armstrong is asked what he would say to his son if he decided to take PEDs.

“I would say that’s a bad idea – you’re a freshman in college.” He pauses. “It might be a different conversation if you’re in the NFL, but at this point in your career, it’s not worth it.”

And there’s a moment when he and his friends describe the scene at the 12th hole of a golf course when his sponsors call Armstrong’s mobile to revoke their multi-million-dollar contracts, one by one.

He drifts into deep thought, his eyes glancing away from the camera as he recalls the memory, and then goes silent. He has a pained expression, clicks his fingers to illustrate how quickly his revenue streams reduced to zero, then smiles and says: “I wouldn’t change a thing.”

Why would anyone ever expect him to?

Solheim Cup to stick to…

Significant spread would shut down…

Met apologises to sprinter over…

I was terrified to put…